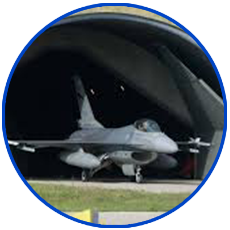 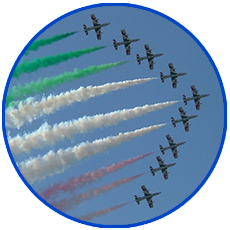 
Starting from 1992 to 1995, ISOTECH has provided all its expertise and experience to the technical department of the Italian Air Force 3rd Air Division, by actively contributing to the process of upgrading and technological reworking of electric plant at military bases and military airports from central to southern Italy. The technology upgrade mainly involved the electrical distribution system, with particular regard to the transfer of technology from standard distribution sub-stations operated with oil-immersed transformers to the more updated technology of cast resin transformers. ISOTECH has supplied almost all cast resin transformers and switchgear for all main Italian airports through local contracting companies. After more than 20 years, all equipment supplied and installed is still operating successfully.

Here below there are some general information about Italian Air Force Infrastructure Service.
The Air Force Infrastructure Service is responsible for the technical, operational and logistical support with regard to the sectors of infrastructure and the related equipment. It is also responsible for the zoning plans for districts of the Air Force property and all matters relating to military aviation easement. Three Corps of Engineers Units (RGAM) are under the command of the Air Force Infrastructure Service. By means of the Detached Technical Infrastructure Support Unit (STDI), they carry out their assignments throughout the national territory, and also abroad as needed. In particular, the STDIs in Ghedi, Parma, Istrana and Poggio Renatico are subordinated to the 1st RGAM in Villafranca (VR); the STDIs in Pisa, Decimomannu, Pratica di Mare, Grosseto and Pozzuoli (NA) are subordinated to the 2nd RGAM in Ciampino and finally the STDIs in Amendola, Gioia del Colle, Sigonella and Trapani Birgi are subordinated to the 3rd RGAM Palese Macchie (Bari). As a result of the restructuring of the Italian Air Force, since 1 March 1999 the Air Force Corps of Engineers took over, in addition to the responsibilities of the Field Corps of Engineers, part of the tasks previously carried out by the Territorial Directorate of the State Property of the 1st, 2nd and 3rd Air Region.